Where some might see simple rock, Becky Rogala sees a story. A fascinating tale of Earth, millions of years in the making.

So Rogala was happy to translate the epic saga that literally surrounds us. Locked in the Jura limestone walls of the Imperial campus in Calgary are beautiful and well-preserved Jurassic fossils in a dazzling array of sizes and shapes.

Unique factors contributed to the preservation of the creatures now embedded in our building. These ancient ancestors of invertebrates -  from the same families of octopi, and molluscs and some fish species - lived in tropical or sub-tropical shallow seas (less than 30 metres deep). They would typically have been eaten by predators rather than become safeguarded in rock, but Pangaea was beginning to break up.

The world was becoming warm and humid, leading to the spread of the first flowering plants, reptiles and eventually dinosaurs. Our wall stone was quarried in modern-day Germany, but in the Jurassic period this area would have been covered by shallow seas (imagine the coast of Florida.) The sea floor was barren. One main theory for this is an upwelling of nutrient-rich currents that could have produced “Red Tides” of massive algal blooms that used up the oxygen and released toxins. The algae then died, sank to the bottom and continued to rot. This would have created an oxygen-deprived layer on the sea floor – an excellent environment for preserving organisms.

Up close with our built-in artwork, you can see bits of shell as well as background mottling that represents two different periods of time. Rogala says, “This indicates a big storm period that dropped bits and pieces over mud that had settled in a quieter time.”

This particular stone was chosen for the campus as a salute to the oil reservoirs we extract from and the modern-day legacy of the campus location on a reclaimed quarry site. Canadian limestone wasn’t suitable, due to its quantity and quality. Quarry and grind limestone is typically used in concrete, not for display.

As an energy producer, Imperial’s operating areas rely on the remains of even earlier millennia. In Canada, the industry was pioneered on carbonates, although Rogala says most geologists and operations have evolved as those reservoirs were produced and we moved to more complex reservoirs and extraction techniques.

“Carbonates are still important to understand for some of our oil sands operations as they act as important aquifers, underlying both the Kearl mine and the upcoming Aspen in situ (SA-SAGD) project,” Rogala says.

At the Syncrude oil sands mine, where Imperial has a 25 percent interest, some marine dinosaurs were found as they were working in Cretaceous McMurray ore. 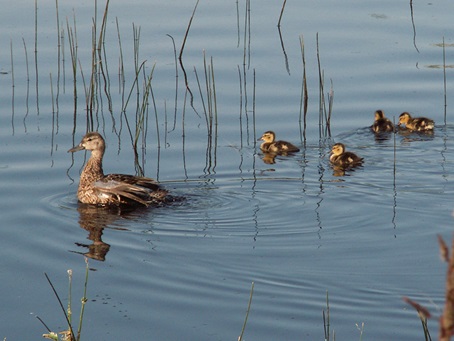 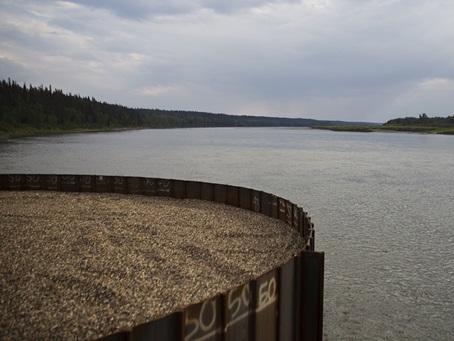